I have to start by saying the basic information give in this article has been freely available from Austin 7 sources elsewhere. My method is a development of original work by Graham Macintyre.

I have not included any instructions for stripping and reassembly of the dynamo, as this information is freely available elsewhere. However, I would stress that the dynamo to be converted from 6 volts to 12volts must be completely sound. 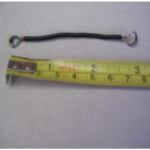 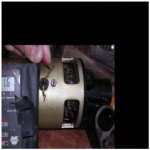 Connecting an ohmmeter across the field connection lead and earth on the dynamo body, shows a resistance of 1.6 ohms. In this state the field will draw a current of 8 amps when working at 12volts. This value is much too high, and can be reduced by adding a resistor to the field lead. 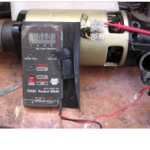 I have made the extra resistor from a coil of resistance wire taken from the heating element of an electric fire. These elements are readily available from electrical repair shops. The combined resistance of the dynamo field 1.6 ohms, plus the extra resistance 3.4 ohms gives a total of 6 ohms. This will give a field current of 2 amps when connected into a 12-volt system. These are the values used by Lucas on two brush 12-volt dynamos. You will have to experiment with the length of the resistance wire to produce the correct value. I wrap the resistance wire around a 5/16 BSF thread to form the coil. Six to seven coils are about correct. I have used a three terminal connector block to replace the original two terminal standard fitting. The left terminal connects the yellow “D” lead from the control box to the dynamo “D” internal lead. The right terminal connects the green “F” lead from the control box to the to 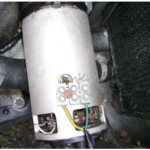 The control box I use for the conversion is a Lucas RB 106. These units are easily obtained from autojumbles and Ebay. I prefer the early type that uses screw connectors. If all you can find are the later type with blade connectors these will work fine but do not look as good. Generally the RB 106 is very robust and does not give problems. However you need to remove the cover to examine the inside 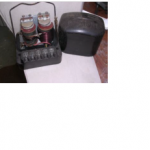 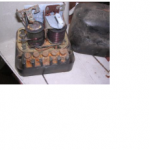 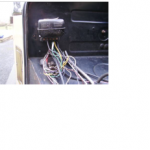